Scalesia cordata is a species endemic to the Galapagos Islands that has suffered from a severe decrease in population size over the past hundred years. This project aims to restore the remaining populations of Scalesia cordata and prevent their extinction through management actions at the species and habitat level, including reinforcement planting and the control of invasive species. 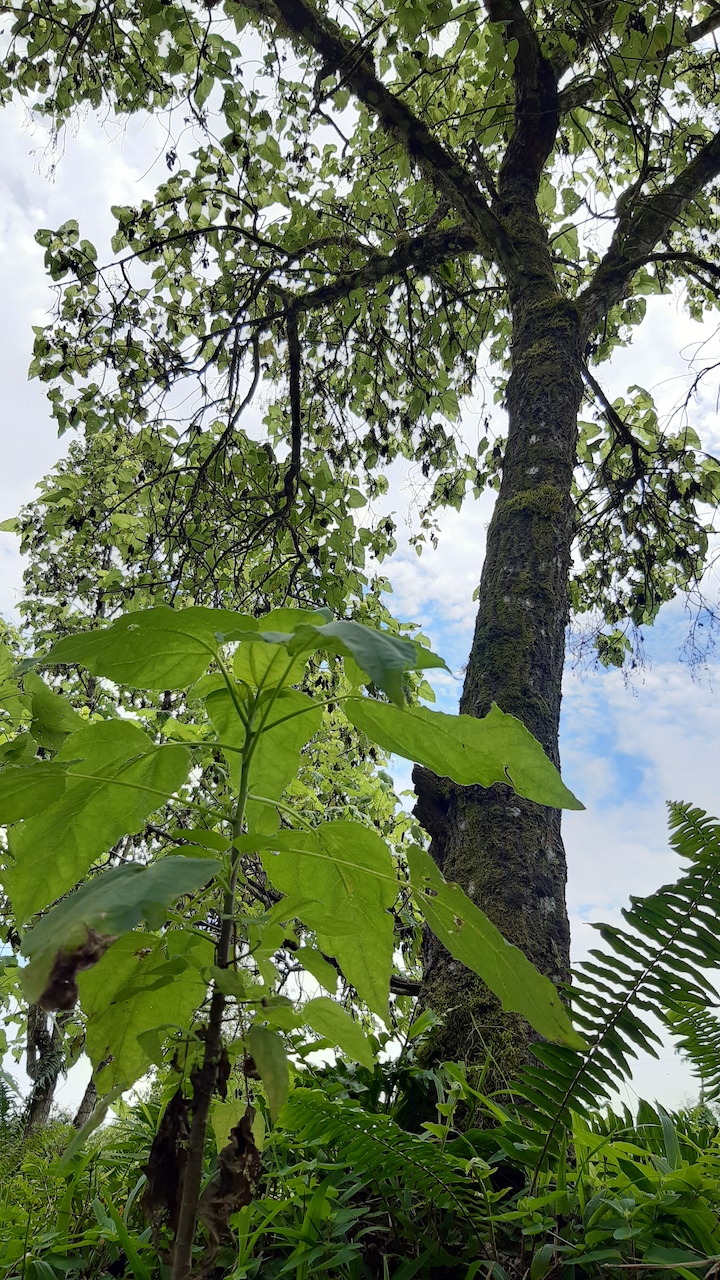 Adult Scalesia cordata tree and sapling at the tree nursery

Scalesia (Asteraceae) is a genus endemic to Galapagos and three of its 15 species form tall trees, which is unusual for an Asteraceae. Scalesia cordata is one of them. However, this species has suffered from a dramatic population decrease, due to changes in land-use, wildfires and invasive species, from 17,300 ha in the 1900s to only about 1 ha today. Furthermore, of 1075 trees recorded in 2002, only 17 remained in 2019.

To prevent the extinction of this species, this project aims to restore the remaining populations of Scalesia cordata through management actions, including reinforcement planting and the control of invasive species, to allow for the establishment of self-propagating forests by 2031 to ensure their long term survival.